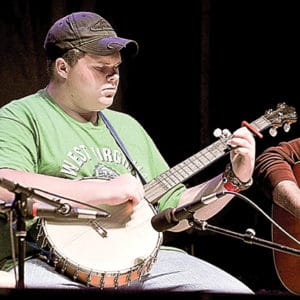 Pocahontas County native Trevor Hammons has made a name for himself in West Virginia, Virginia, and surrounding states. Trevor was also part of a band, “Mud Hole OUT of Control,” for 6 years. Having won many awards for his ability to play banjo, Trevor has some roots in bluegrass music that run deep. Accordingly, he released a CD with his former band in 2016, and has performed on various stages. Trevor can play with the best. He was born with an “old soul” that you definitely do not want to miss listening to. 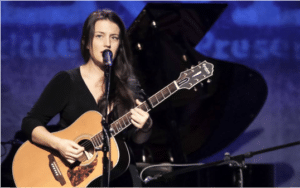 Born and raised in Baltimore, MD, Amy Andrews is a wildly talented, charming, and award-winning artist known for brilliant performances, stunning vocals, unassuming charm on stage, and traveling the continent to perform gigs with her dog in tow.

This tree-hugging, ever-traveling, modern day torch-singer and songwriter is one you need to hear live!

An eclectic group of musicians occupying the hills and hollers of southern West Virginia, Rush Run Philharmonic plays music rich with harmonies. The band created their name based from the words“Rush Run,” a creek in West Virginia; and “Philharmonic,”a French word meaning the love of music and harmonies. Combining acoustic guitars, bass and vocals, the band interprets songs from artists such as Bob Dylan, Paul Simon, James Taylor, Woody Guthrie, and many more. Rush Run weaves a harmonious musical trail through songs we all love.

Phoenix Rising – Southern Rock
Composed of mixed musicians who have played in various bands previously, they are rising from the ashes of those bands to bring one of the best in classic and southern rock in Pocahontas County. Having performed on various stages, Phoenix Rising can get the crowds going, and give you a performance you won’t forget.

Join the Watoga Foundation and the Watoga State Park staff for a great day of Music in the Park!