The Watoga State Park Foundation Inc. was formed in 2015.   It is a nonprofit 501 (c)(3) resource for the park and public.  Most of all the Foundation promotes  recreation, conservation, ecology, history and natural resources of the park.Since its inception, Watoga State Park Foundation volunteers have worked thousands of hours.  Especially relevant is work with park personnel to maintain and restore Watoga’s beautiful and historic trail system.  In addition, ongoing projects will provide even better recreation for the park’s 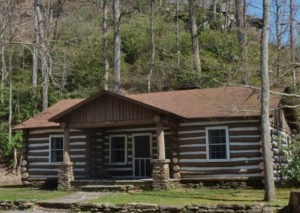 Work on Watoga State Park began in 1934, during the Great Depression. Young men in the Civilian Conservation Corps earned a dollar a day.  They built roads, cabins and other buildings.  They also built trails, stone walls and the swimming pool. The park opened in 1937