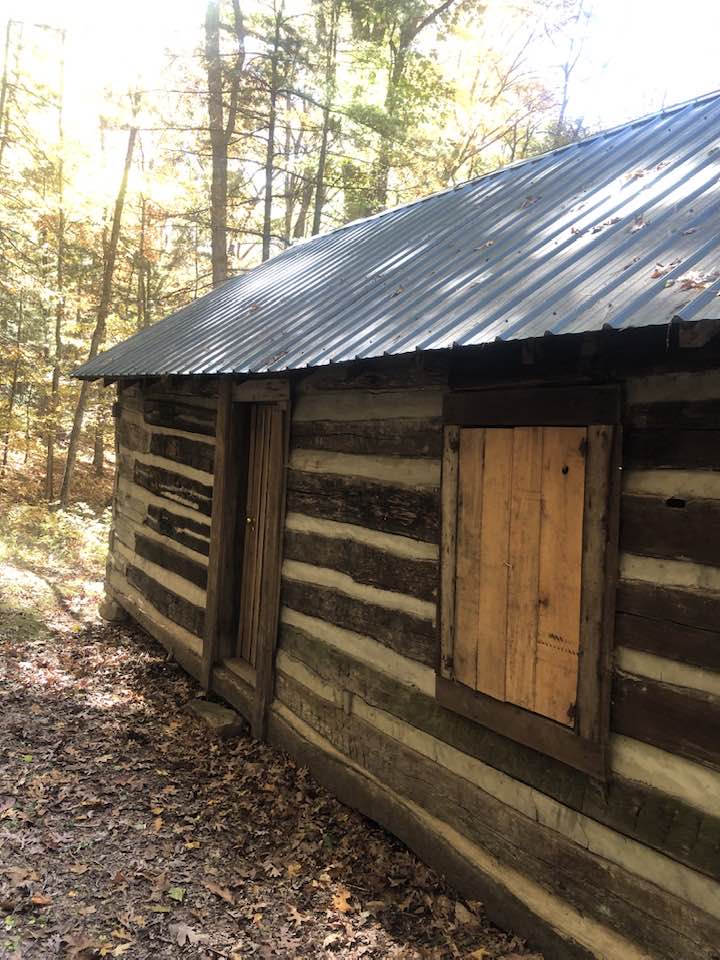 “There may have been a time when preservation was about saving an old building here and there, but those days are gone. Preservation is now in the business of saving communities and the values they embody.”
Richard Moe, National Trust for Historic Preservation.
There is an architectural gem that has stood for one-hundred and thirty-two winters in the very heart of Watoga State Park, and now it needs help if it to continue its role as a reminder of the history of Pocahontas County. The Workman Cabin, as stout as it has proven to be, is now starting to surrender to the forces of gravity, weather, and deterioration of the foundation. 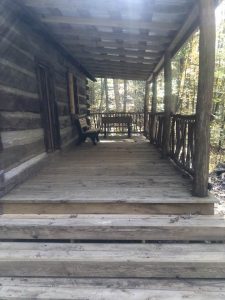 The cabin, built in 1887 by Andrew Jackson Workman, is a valuable part of the history of what is now Watoga State Park. It housed the Workman family until 1912 when the family moved to the Pacific Northwest. During their years in the cabin they lived a subsistence lifestyle, depending on hunting wild game, maintaining several garden patches where sunlight was available, and selling ginseng in what was by all definitions, a remote location.
A short hike up an old trail from the cabin leads to the Workman Cemetery, situated right alongside the present Ann Bailey Trail. It is well documented that the cabin was witness to a number of births and deaths over the years that the Workmans lived there. There are at least a dozen graves in the cemetery, although most of the stones are field stones and nameless; several of the plots are quite small and suggest the graves of children.
The only modern gravestone is that of Forest Workman; the 80-year-old man was laid to rest there in 1975. Sollie Workman, great-grandson of Andrew Jackson Workman, took part in that burial and tells of driving the coffin to the cemetery in the back of a 4WD truck. He said that the road up to the present Ann Bailey trailhead was unpaved and rough, as was the dirt road out to the cemetery. He reflected how, at times, the coffin was bouncing so much you could see daylight under it.

The Jarvis family occupied the cabin after the Workmans departed and remained there until 1922. In 1935 the area was purchased by the state of West Virginia and designated as a game refuge and state park. It was vacant for another 10 years after the purchase until remodeled by the Civilian Conservation Corps, which amounted to creosoting the logs and laying a modern roof, thereby leaving the original log framework in place.
Napoleon T. Holbrook was the first gamekeeper in West Virginia. He and his young wife and baby moved into the cabin in 1937 and were charged with raising and feeding various wildlife for restocking. The deer and turkey were maintained in pens located around and near the cabin. It is said that this situation of having the game so close to the cabin eventually contaminated the spring located just below the cabin and forced Nap to find potable water elsewhere; the location of which is often a topic of lively speculation among the trail workers.
The stories that arise from this cabin run the gamut from tragic to humorous; one, in particular, exemplifies the admirable character of Nap Holbrook as told to me by former Watoga State Park Superintendent Mark Wylie. On his final visit to Watoga State Park before his death, he was driven out to see the cabin one more time by Mark. While there, Nap told Mark this wonderful story that speaks of an age of humility and hardiness hard to fathom today.
Christmas Eve of 1937 was bitter cold and snow lay deep upon the footpaths leading in and out of the Rock Run headwaters where the Workman Cabin is nestled. As was their custom, the Dean family, Nap’s in-laws, had invited the small Holbrook family to their home for Christmas: Located at the western end of Chicken House road it would have been a minimum walk of seven miles one-way. (Mark Wylie adds “and uphill in both directions”) And to add to the challenge it was a trail with steep climbs, heavy snow and carrying a baby – not a leisurely walk in the park so to speak.
But walk it they did, and presumably enjoyed a nice Christmas with the Dean family. The Holbrooks departed for their cabin on the day after Christmas; having started late in the day, darkness was to overtake them on their journey home. Upon arriving at the now frigid and dark cabin they discovered to their dismay that they had no matches with which to start a fire.
Nap said that he covered up his wife and baby with every blanket, jacket and scrap of cloth he could find, and set out in the direction of the Watoga Civilian Conservation Corps camp located down in the Beaver Creek valley. When he arrived at the location of the present-day Ann Bailey trailhead he encountered a couple of young CCC workers who had snuck away from the camp with a bottle of whiskey for a little holiday celebration of their own.
They immediately offered Nap a drink of their “holiday cheer”, which he declined, and instead asked if he could borrow a match. (At this point in the story Mark Wylie stressed the point that Nap had asked for “A” match, translated by the CCC workers as a single match) Nap was clearly not a presumptuous man, and indeed, one of the young men handed him over a single match. 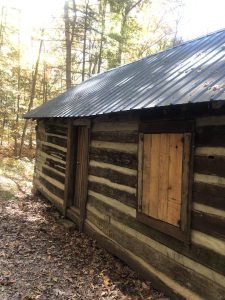 Nap did accept that precious match and returned to the cabin to start a fire that warmed the young Holbrook family through a harsh winter night in 1937. One can only imagine the care given to that match on that cold and gloomy hike back through the snow to the cabin. And further, with what care was given to the proper assembly of the kindling and firewood to assure that the single feeble flame took hold and erupted into a warm fire. Here was a man who had great confidence in himself, and likely a great trust in something beyond himself as well.
I hope that you have enjoyed this story that comes part and parcel with that little chestnut and poplar cabin that served so many dreams and aspirations of those who called it home. They left us with stories of another generation; tales that leave us asking ourselves “Would we have what it takes?” And if we carry the stock of those early residents of Pocahontas County within us, perhaps we do have what it takes.